A taste of things to come with 2.7

The WordPress Development blog just put out two teaser images of the gorgeous interface visuals we can expect to see and use with the coming release of WordPress 2.7. Or as Jane Wells puts it, “The long months of your tolerance and forbearance as you suffered through the inelegance of our hacked-together, leftover Crazyhorse interface are almost at an end.” Jane also gave a demonstration of the new interface functionality at Wordcamp Toronto, but more on that later, on with the shiny graphics! 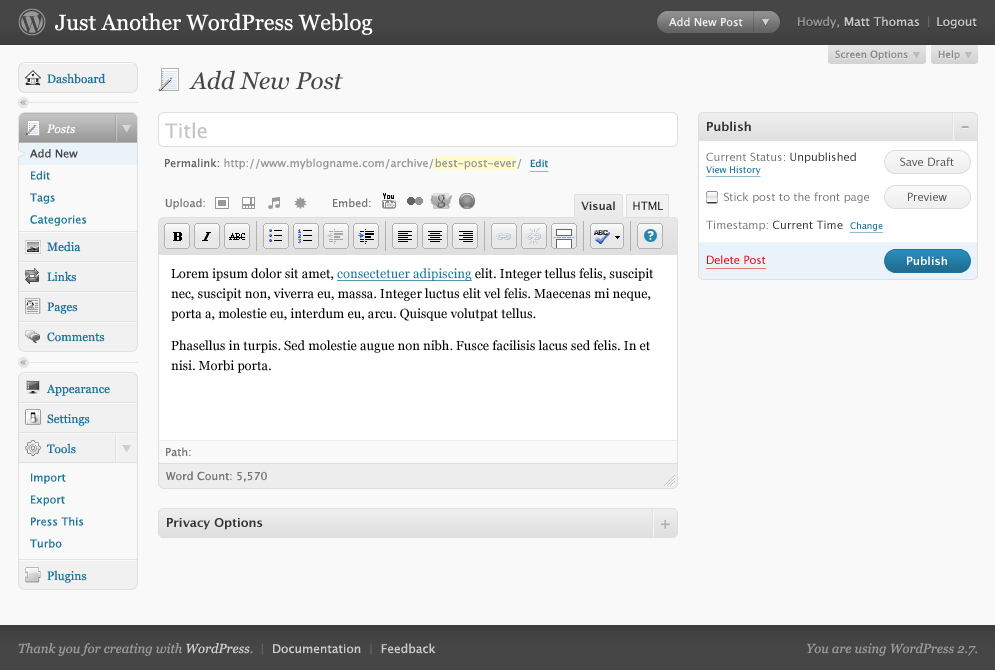 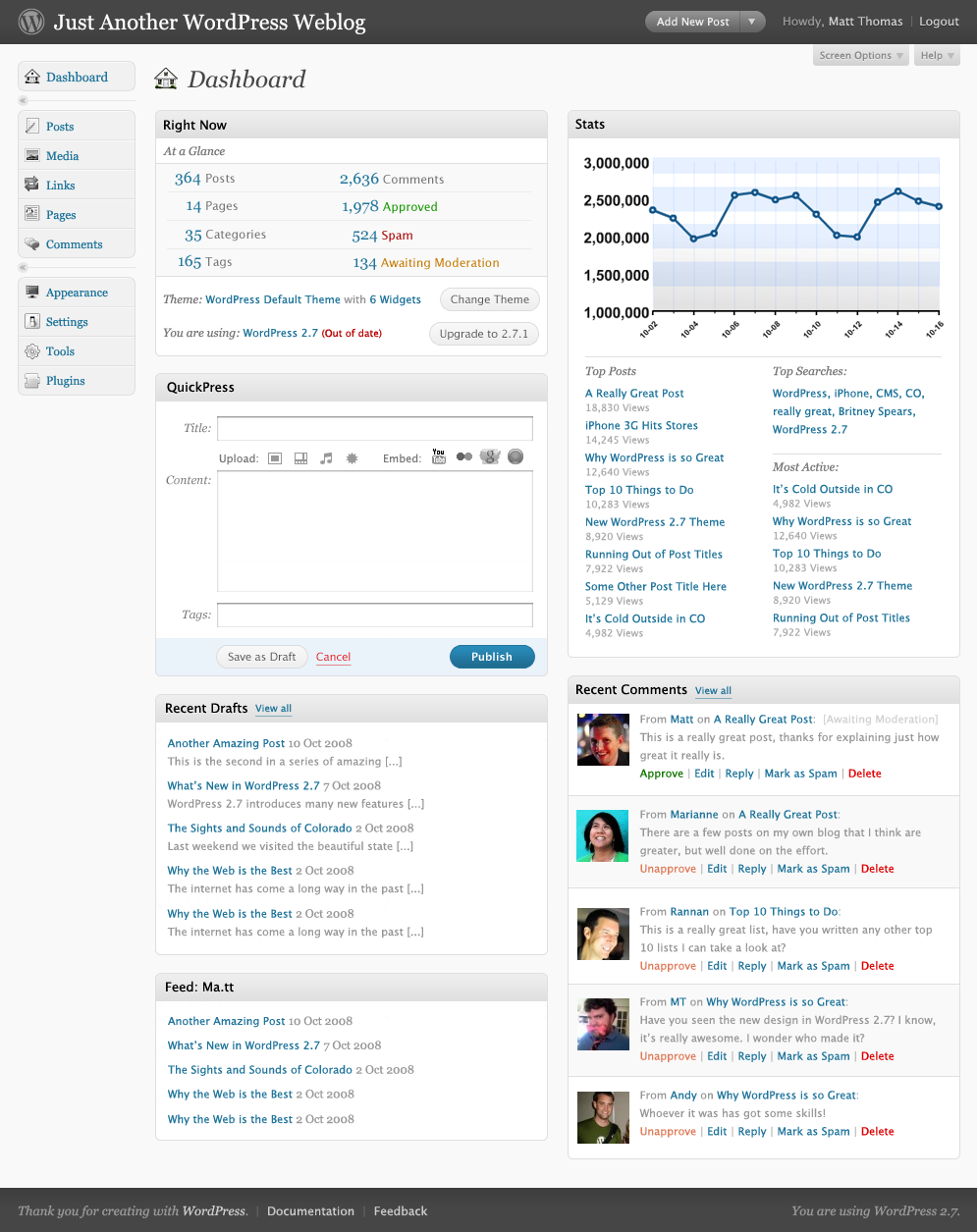 This release will feature form AND function improvements

When version 2.5 of WordPress was released there was a lot of uproar in the community, most of which was based on the fact that the admin panel changes felt to be change for the sake of change. You still:

With 2.7 – and the integration of the usability test efforts codenamed Crazyhorse – you are beginning to see the fruits of Automattic’s effort to support people who have been using WordPress as a  robust platform for more than just writing blogs. The WordPress 2.7 admin wireframes released late in September gave a taste of this, but the real reason I say this has less to do with the screenshots above and more to do with the demonstration I mentioned earlier.

Unfortunately, it doesn’t look like the video from that event made it online, but WTC has a good starting list of the great things you can expect from this release. With a little less than a month to go before the planned release date of November 10th, I’m sure there will be a flurry of activity and beta releases to have a chance to get hands-on experience with the new UI. I am excited to get the opportunity to use it and can already think of a number of ways in which I will be able to leverage the new form / function:

Between these tidbits of information and the recent announcements that Automattic has acquired IntenseDebate and PollDaddy, it seems like 2008 is going to finish on a very high note!