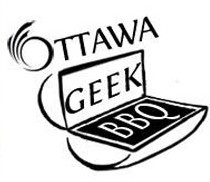 Last night I was fortunate that my schedule, which has been beyond busy of late, opened up enough for me to attend the inaugural Wired Wednesday event. Much like Third Tuesdays being organized by Joseph Thornley, it is the quality of the attendees and presenters that make the the event so enjoyable. My hat goes off to the organizers (Karla Briones, Erin Bury / Red Wire) for getting 3 great Ottawa startups (Choicebot, Gazaro and DNA11) and the always engaging Joseph to kick this monthly event off.

I didn’t realize how busy that schedule was until I looked at my WordPress post calendar and saw that it has been almost 4 months since I made an update to this blog. While that would generally border on being unacceptable I’m willing to cut myself some slack because I have made a lot of great things happen over the last few months:

Looking forward I have a couple of great things lined up for new ambitions that I will announce in short order. I think part of the reason that I have been blogging less is that I’ve gotten more active in my use of Twitter. If you want to stay up-to-date with the latest and greatest in my world, you can follow me at www.twitter.com/idealien.

One item I will let out of the bag is that next week will feature 3 great blog posts with a social media slant that have been sitting in draft for far too long. I was holding them off in hopes of posting them as first fresh content in parallel with a re-design of the Idealien Studios site. However, that ‘too-busy-for-my-own-good’ schedule relegated personal projects to the bottom of the to do list. So starting Monday I will share the series which is based on a series of interviews I did with the knowledgeable and beautiful Natasha from Virtual Eye See.