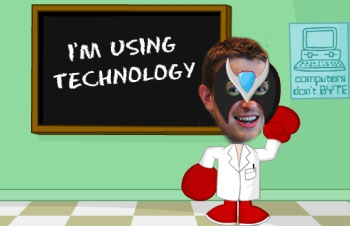 Automattic has launched their own Youtube “visual resource for all things WordPress”. The initial load of content features tutorials and support oriented videos, including a high quality production video of my WordPress: Beyond a Blog presentation from Wordcamp 2008. You can also download the slides for it from the presentations section of Idealien Studios as the lighting in the venue made it hard to see the screen on film.

In the introduction of WordPress.tv, they suggested that “now you can shape what comes next” by offering suggestions of what we would like to see on the site. The following list are a few of my suggestions:

A series of channels dedicated to covering the significant fixes / upgrades that occur in each release of WordPress. One could focus on the changes from a user perspective, although those have generally been well-covered by the blog-o-sphere in print. Documentation is usually the last thing to happen on projects (and gets short-changed as a result) it has the biggest impact on the ability for others to use / enhance the system.

I would like to see a series of videos dedicated to giving developers who use WordPress but aren’t involved in committing code to the core, a more in-depth understanding of what has happened behind the scenes to make the changes happen. A few examples from my own experience:

From conversations with Jane and Matt during my most recent Wordcamp, it sounds like the folks at Automattic have some lively discussions about the approach to implementing new / enhanced features. Perhaps record one weekly meeting to give developers a chance to see this process in action. This could be expanded to be a web-based conference call for those who have access / interest in contributing code to the core and the results posted online. You might consider this a request to open the source of the development process 🙂

For those few souls who haven’t discovered Strongbad, you could take the boring Wikipedia approach to learning about this episodic web cartoon or enjoy a half-hour of humour at Homestarrunner.com (personal faves are virus and techno). Each email answered results in a random series of adventures. Given his travel schedule, this could be a great way to see some of the more entertaining behind the scenes of the defacto public face of WordPress.

If you have more suggestions, either add them in the comments here or submit via the WordPress.tv contact form.