WordPress Themes and the GPL – again? 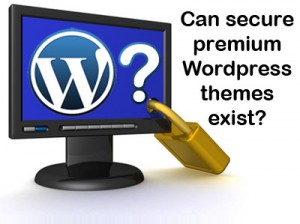 NOTE: I originally wrote the bulk of this post circa February 2008 (In fact, I had to go re-load a 2.1 version of WordPress to find it – how very LiveJournal the admin console was back then) ” The discussion then was whether premium themes exist within the community / ecosystem of WordPress and what to do about theme theft / re-distribution.  Similar question(s) have come up again with the recent Thesis / GPL debate and the alternatives I suggest are no less timely now.

The GPL website FAQ does mostly addresses this concept, “If the program dynamically links plug-ins, and they make function calls to each other and share data structures, we believe they form a single program, which must be treated as an extension of both the main program and the plug-ins.”

Bryan at One Man’s Goal pondered the issues surrounding digital copyright leeching and the following quotes summarize the (then) prevaling opinions on this situation:

By designing on a GPL platform…when you release it to the public you are releasing it licensed to everyone not just those who pay for it. Companies like Redhat linux make their money not by charging for the linux o/s which is open source, but by charing for support and tweaking packages that are added to it. That’s why CentOS can directly clone what Redhat Enterprise is and not be touched.

The part of themes or plugins which makes them subject to the terms of the GPL is that they use WordPress code hooks to extract data from the WordPress database. While theme designers can SAY that their theme is licensed under some non-GPL model, they have no legal basis to do so. Someone profiting from reselling the work of another is ethically rotten, but in the current legal landscape is technically fair.

This issue of theme theft, re-selling (or conflicting business models and the GPL) comes up every couple months. This obviously sucks, but based on the current WordPress code structure and theme distribution model, there isn’t a lot which can be done – it is the nature of the beneficial beast that is working with open source licensing models. It caused me to think outside the box and ponder a different approach to resolve the problem at hand.

What are the benefits?

I would suggest that the designers be nice, and implement a basic styles.css with the GPL code. Give the user a rough guideline based on sizes of the placeholders for where the graphics would go. Include a link in the comments at the top – which show up in the WordPress theme page – where they can / should download the graphics if they want the full effect of the premium design.

What are the problems?

I could only come up with one other option, which was to suggest that designers host the css / graphic files on their own servers and restrict who has access to them. Obviously this puts an external dependancy on blog performance which many would not like, but would give a more significant level of control as the styles.css file and images would be on your server. Perhaps this concept would work for WordPress.com users and the marketplace concept which Automattic has been hinted is coming in the near future.

In the 2 years since I originally wrote that article, the premium theme industry developed around a number of thriving businesses. Today, most of the theme developers who sell their wares do so entirely under the GPL. The symptoms causing the questions to be raised may have changed, but the important ones still remain: